In the large, decorated arena, located beside Northern Monk Brewery, tables were bedecked in traditional Bavarian blue and white, with a sizable bar area set up to the far end.

Customers are offered a choice of Bavarian hat upon entry, most people getting into the spirit by wearing one for the evening. 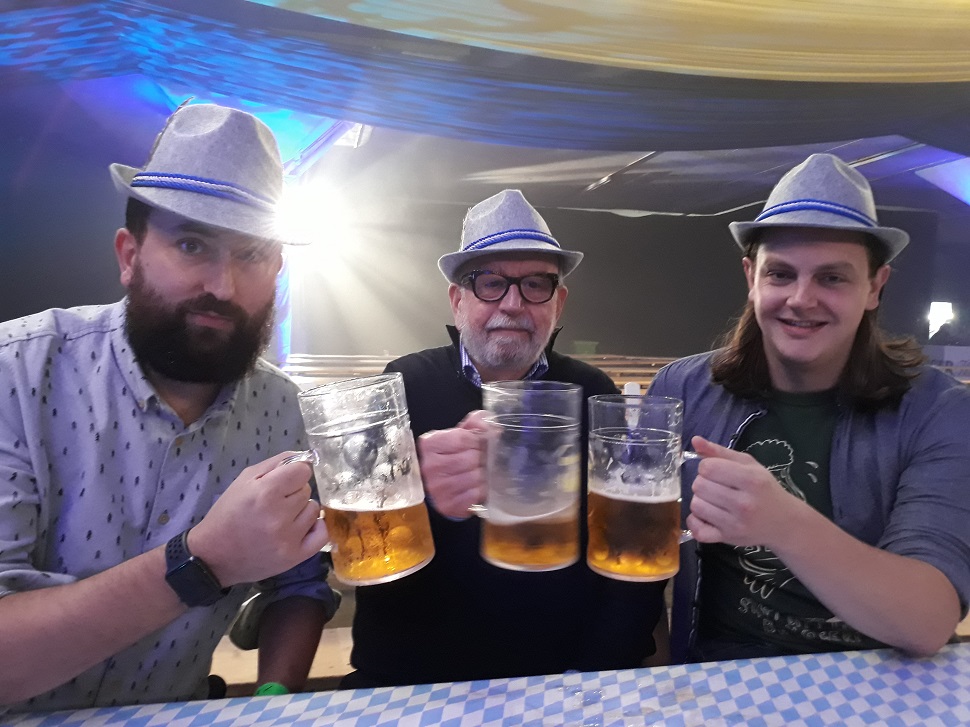 Authentic Bavarian beer was delivered by Dirndl-dressed waitresses and lederhosen-clad waiters in 1 litre “Steins” – albeit plastic ones. 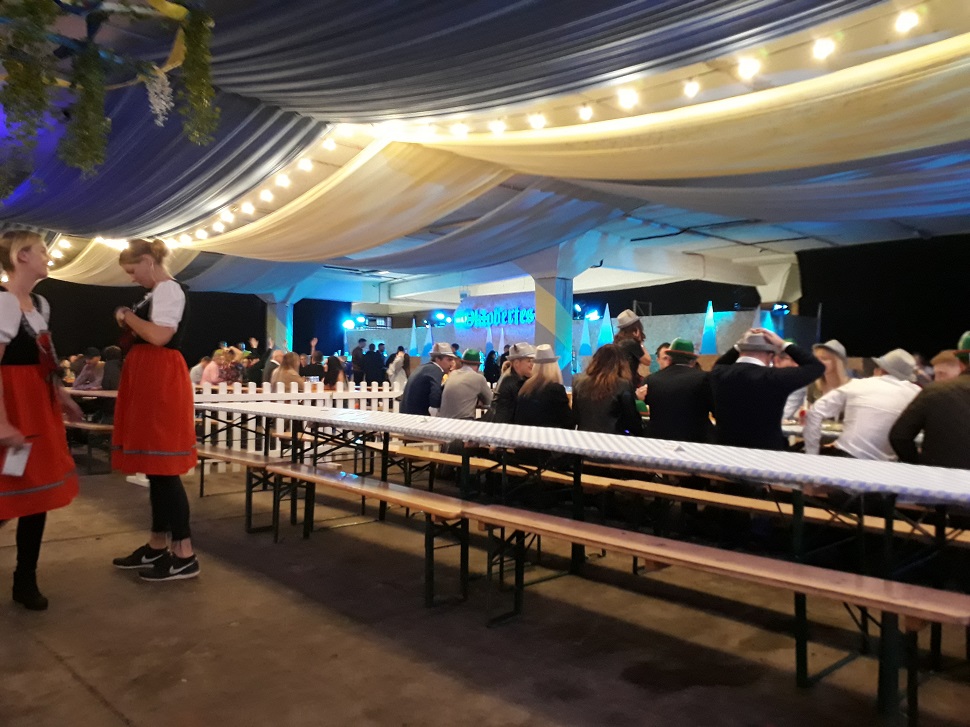 On this opening ‘Staff Night’, James Fogal, 37, owner of Leeds-based food and lifestyle agency Chapter 81, felt the recent introduction of Oktoberfest to Leeds had been a success: “It’s great to see people having fun, and it is always a well-run event – a great addition to the Leeds event calendar.”

There was a good selection of drinks on offer, beers strictly German to give the event an authentic feel, a stein of chemical-free Flensburg Pilsner costing £10, and Edinger Weissbier steins £12.

For non-beer drinkers, Eristoff vodka and mixers were £4.50, and the same price for gin, with an offer of four shots of Jägermeister for £10. 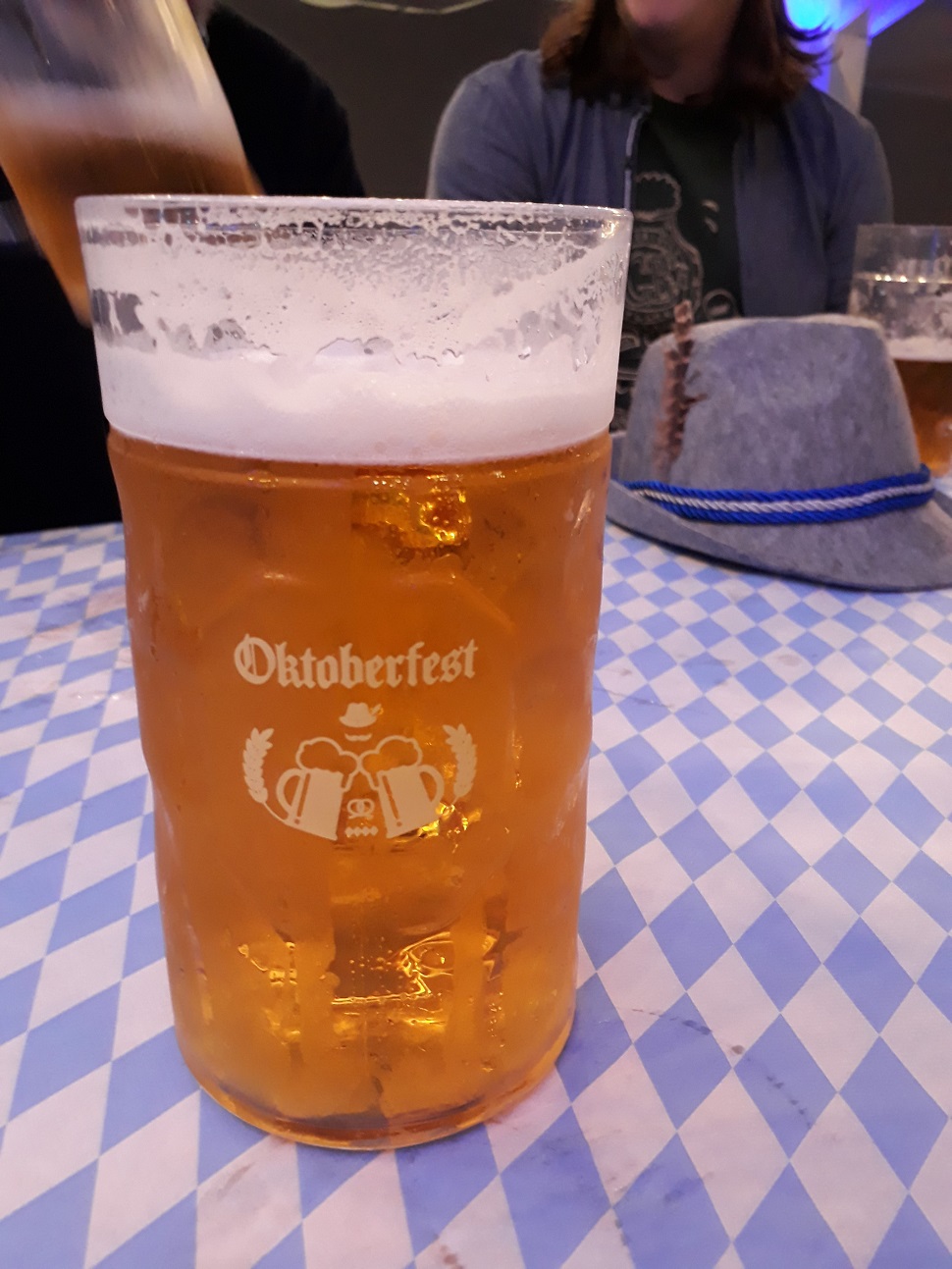 Bottles of merlot, sauvignon blanc and rose were available for £20.

The food on offer was also authentically German, with fries, bratwurst, frankfurters, currywurst and veg-wurst available from a friendly and well-run outlet outside the main arena, allowing eaters the option of a break from the drinking and singing. 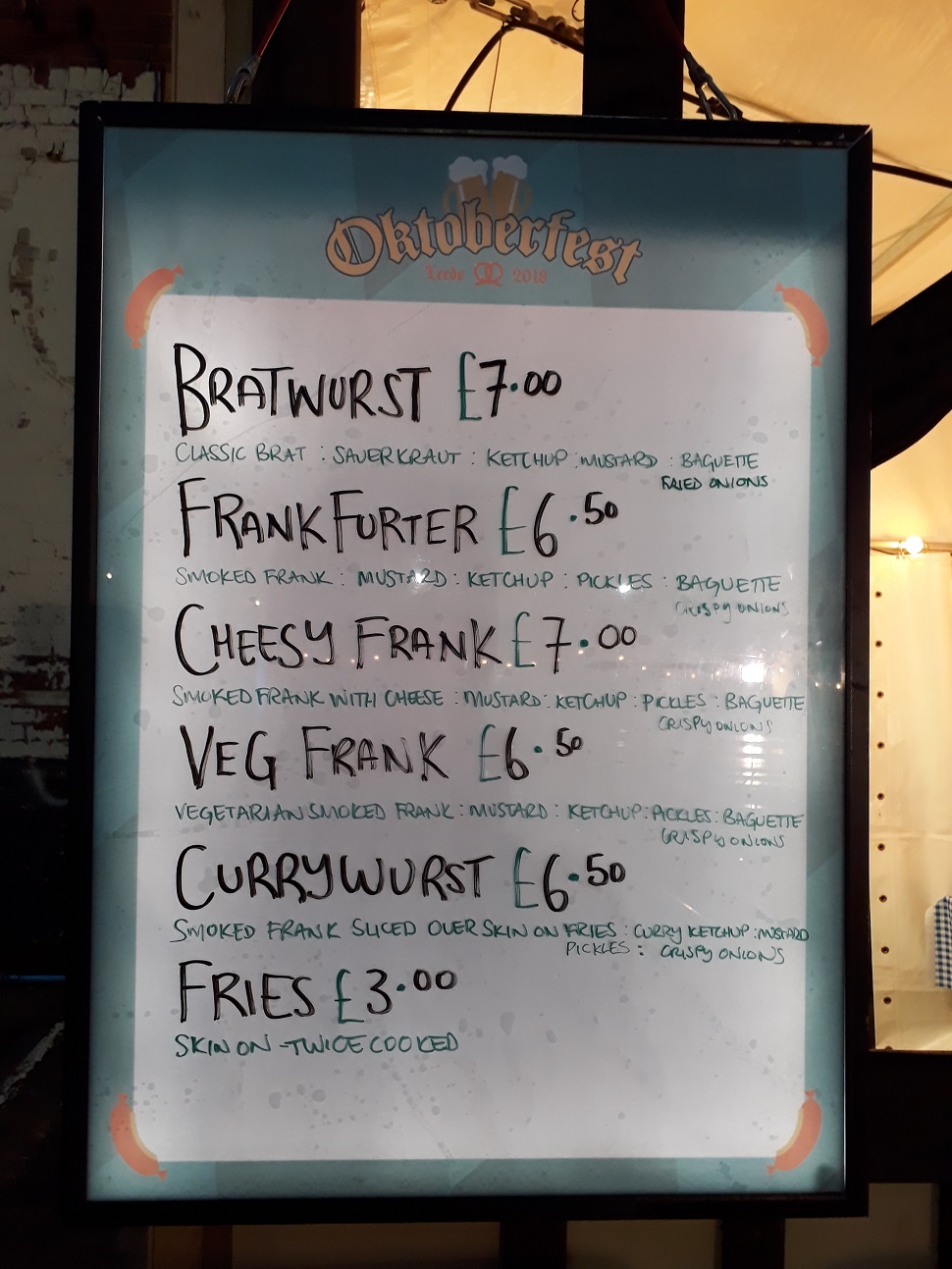 An oompah band, which began with the traditional Bavarian drinking songs such as ‘Ein Prosit’, then moved up a gear to play everything from Amy Winehouse to Britney Spears and British favourites such as ‘Amarillo’, delighting the crowd, which swelled throughout the evening. 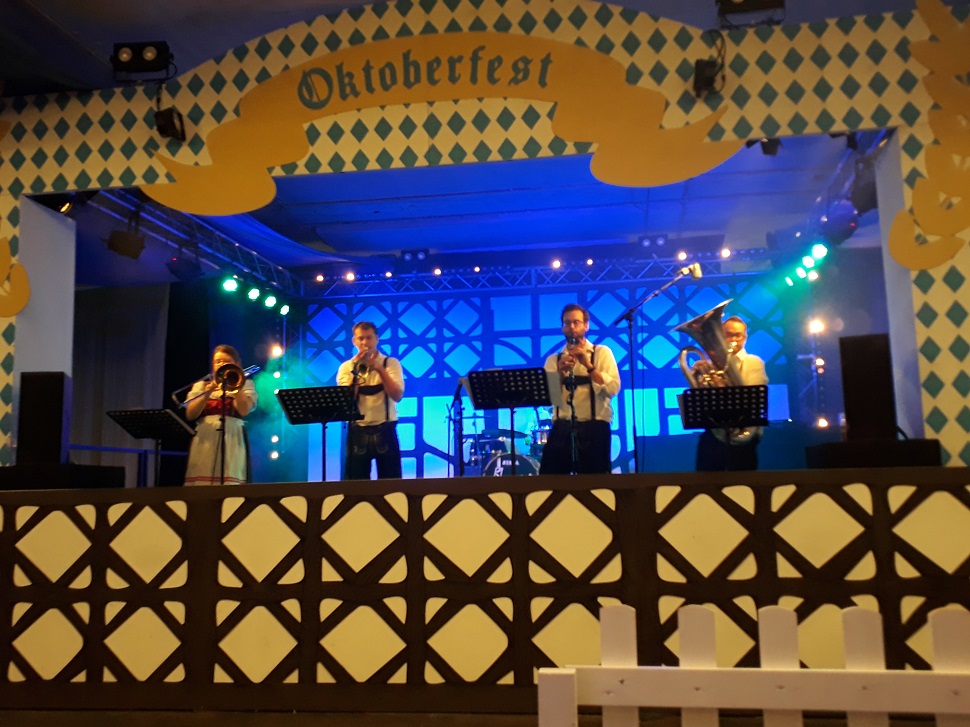 The Amy Winehouse ‘Valerie’ drinking game seemed to go down well, with a sup of beer being required each time the brass band came to the point where the late great Winehouse would have been vocalising the title.

With many being present from the 5pm Thursday opening time, by 8pm the party was in full flow, many Festival-goers jived around the room, energized by the skilful and humourous oopah band MC (an Englishman).

Quite a number dressed for the occasion in lederhosen and Dirndl dresses, some a little tighter cut than is traditional in Munich! 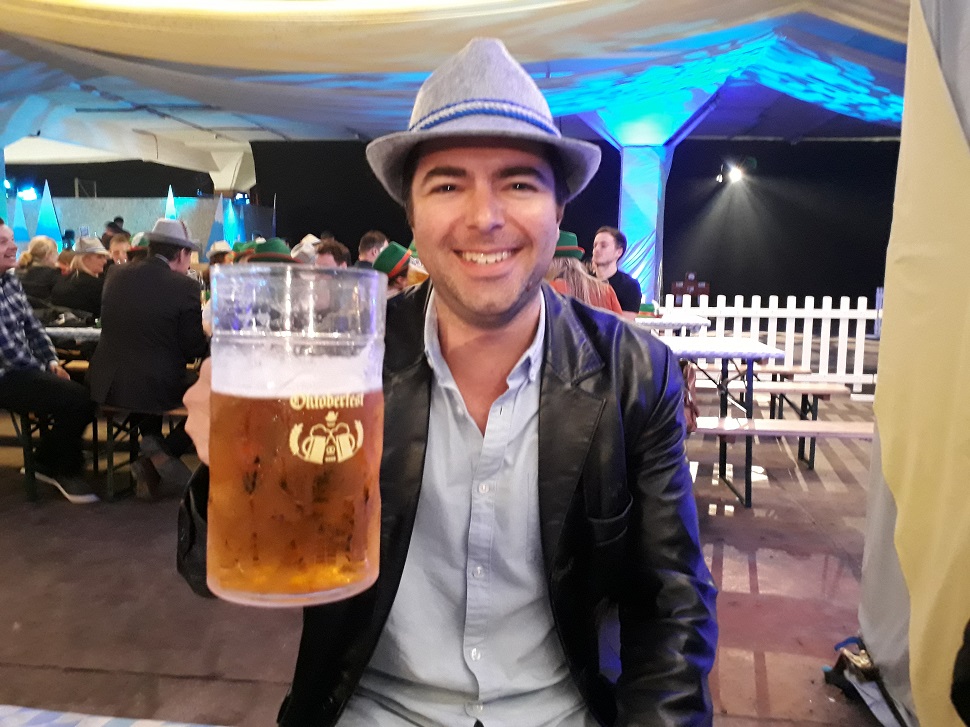 There was a good level of non-intrusive security around the arena, but interventions mostly centred around the occasional over-keen festival-goer attempting to dance on the long tables, to find themselves gently lowered to the ground.

Event Director, Matt Lang, 32, is delighted with the city’s response to Oktoberfest: “Last year we took 6000 people in one weekend, and this year it is going to be about double that – it just keeps getting bigger and bigger.

“We had two weekends in 2017, but this year we’ve opted to keep it all in one weekend, this time with the backing of traditional brewer Edinger.”

Stan Drayman, 69, a freelance journalist enjoying the festivities, said: “Great beer, good food and lots of laughter and dancing – what more could you want?”

The event runs until late Saturday, with afternoon and evening tickets still available: