Its quite tough to stand out in Leeds nowadays. With all the investment in this great city of ours it seems the "next best thing" is opening up every week. Mirrored walls and mood lighting are the norm, so restaurants are continually looking for something to make your jaw drop as the experience and surroundings are now as important as the food.

Our choice this weekend was a little unexpected as it came out of a random conversation one evening last week. Tattu have only been open a few weeks but as far as I can tell they haven’t been the loudest at shouting “come to us”. We’ve heard the stories about the tree in the restaurant so thought we had to check it out.

It was a warm sunny evening and my dining partner and i walked up in anticipation to see the restaurant as the closer we got, the clearer the picture of what awaited us became. We walked right up to the big sliding doors only for them not to open, we waved our hands and felt a bit like Harry Potter when he’s unsure of how to access platform nine and three quarters.

We wondered if it was open, but we could definitely see diners inside…… then the penny dropped. The door we were trying to open with our minds, were in fact two big windows. I’d like to point out here that we we’re not the only ones who looked a little silly doing this, and these windows provided some comedy moments later in the evening watching people do the same as we did.

We eventually found the door (just to the right) and were greet with a small sized bar with double ceiling height , 3 uber cool hosts and music to the tone of what I imagine to be a small underground club. This is the wow factor Tattu want you to experience when you walk through the door…… when you find it.

We we’re asked if we’d like to order a drink in the bar before waiting in the lounge as we were a little early. Wanting to experience the full Tattu effect we obliged.  I wanted to go for a recommendation from the bar man, gave him the brief to he suggested a Skull Candy, sounded good so went with that. 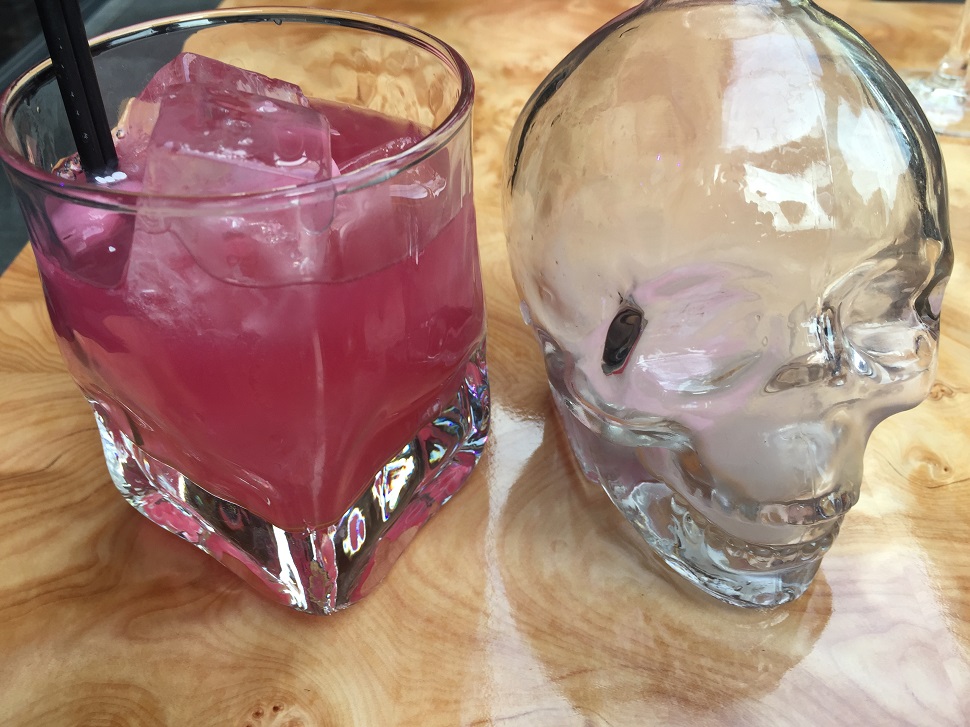 Sweet and sour all in one, it reminded me of a refresher sweet….. I loved it! As we waited for our table we couldn’t help but look in awe around the restaurant, I’m struggling to think of another restaurant in Leeds which can compete with the aesthetics of Tattu. There’s not one, but two cherry blossom trees, and they’re huge! 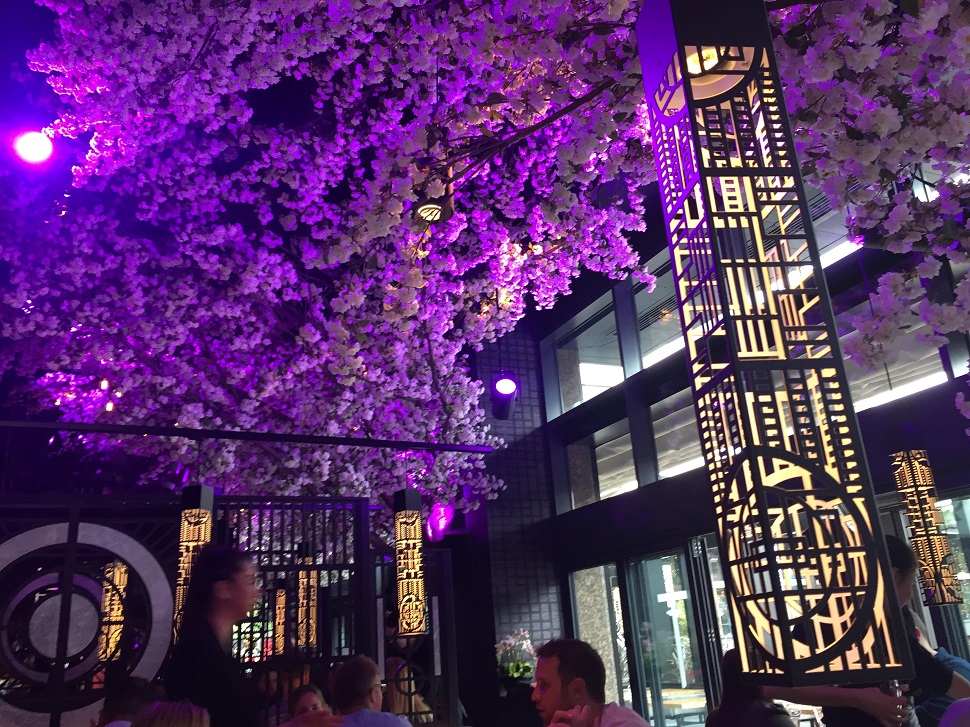 Clever design and architecture means that they’re there but you don’t feel like you’re sitting in Roundhay Park. By the time we took our seats I can honestly say I hadn’t been that excited about sampling a Chinese menu in ages. We were looked after by Rachel who was fantastic. always on hand if needed but not overbearing, she also made some great recommendations which we took her up on. 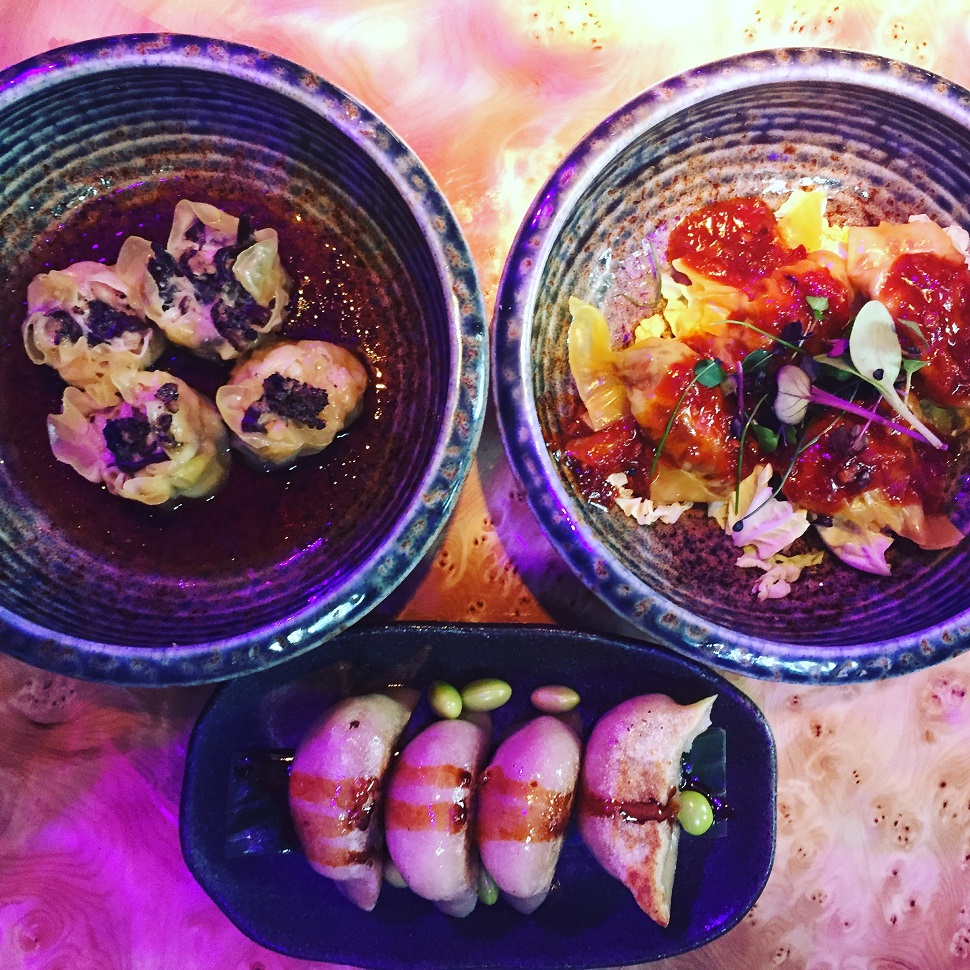 The steamed Chicken Truffle Shumai in its soy and ginger sauce and the Spicy Pork Wonton which had a little kick to it we’re both beautiful, however, the star of the starters was the fried Beef and Foie Gras Gyoza. The fillet steak beef was cooked perfectly and the soft Foie Gras complimented the fried Gyoza.

We also had a portion of lotus crisps, we’d never heard of them before but assumed they were a take on prawn crackers.They were gorgeous, light and crispy and very addictive. I can only liken the topping to what cat nip must be like for cats….. I couldn’t stop dipping my finger in. I asked Rachel what it was and its as simple as dehydrated tomato, vinegar and sugar

Its safe to say, one course in and I was in love!  We sat back and found ourselves still looking around the restaurant, its such a great place to be. Another round of drinks came swiftly followed by our mains. 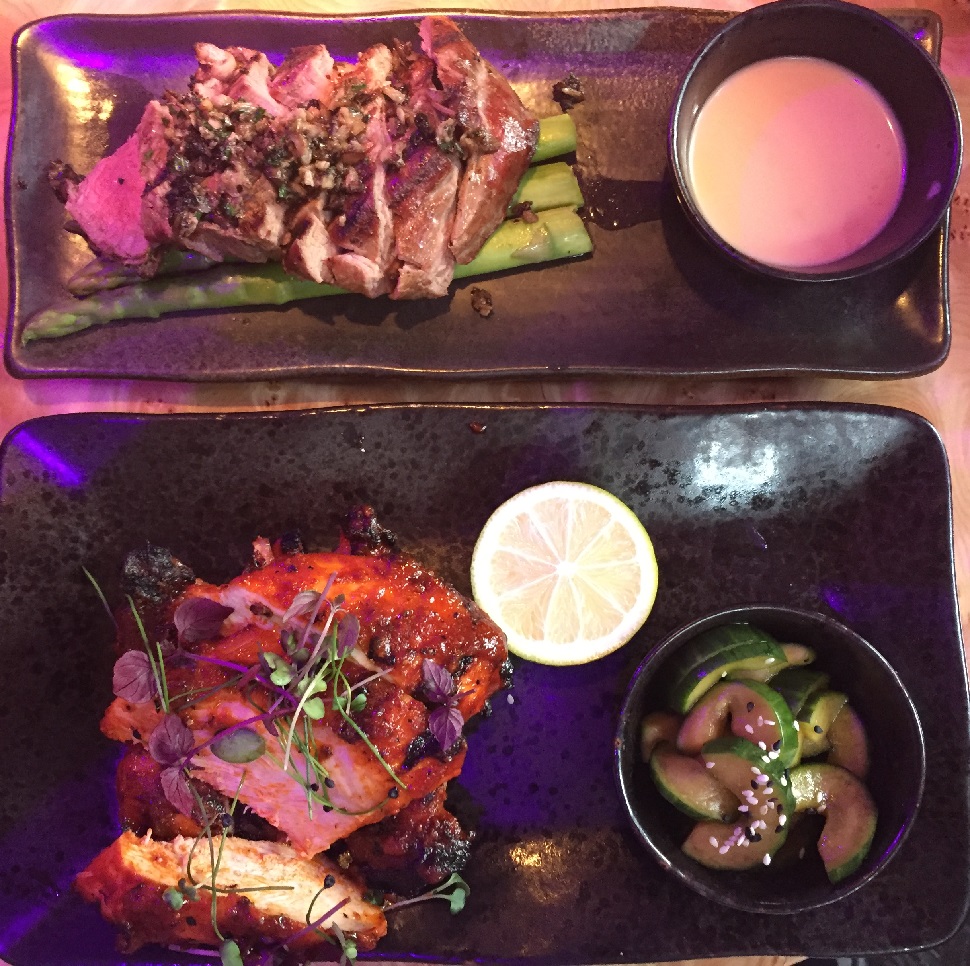 I’d opted for the Chinese Barbecue Chicken with chilli, sweet soy and garlic while my dining partner went for the Caramel Soy Beef Fillet with Shitake and Asparagus. both were beautifully presented and tasted great. 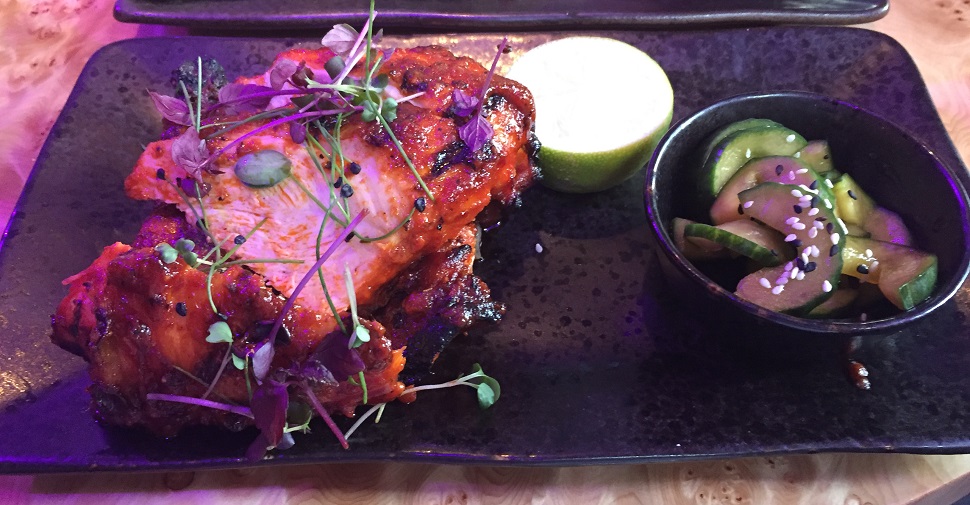 The chicken was thick and juicy and had a deep south almost smoky barbecue flavour with a Chinese twist. The beef, oh the beef! I could eat this every day. It was that soft I struggled to pick it up with chop sticks, if there was ever a real life “melt in the mouth” this was it.

As we effectively cleaned our plates for them, we sat back to enjoy a slight food coma haze, it was at this point we noticed that the cool, almost underground techno had hit a crescendo in to almost club level noise, perfect for the mid 20’s age range but at this time on a Sunday it seemed, to us at least that most, but not all admittedly, were 40 + and potentially not huge fans of lip reading while eating. It was a mild annoyance at worst. Rachel was soon clearing away our clean plates and asked if anyone wanted dessert, neither of us were hungry but, when in Rome and all that.

Rachel offered information on the desserts as there’s not much to go on in the menu,  I chose the showstopper “Cherry Blossom”. Based to mirror the trees in the restaurant it’s a white chocolatey, cherry mouse with chocolate trucks topped with candy floss all atop a dry ice fog! fantastic showmanship and a great end to the night…… even though we couldn’t finish it between us! 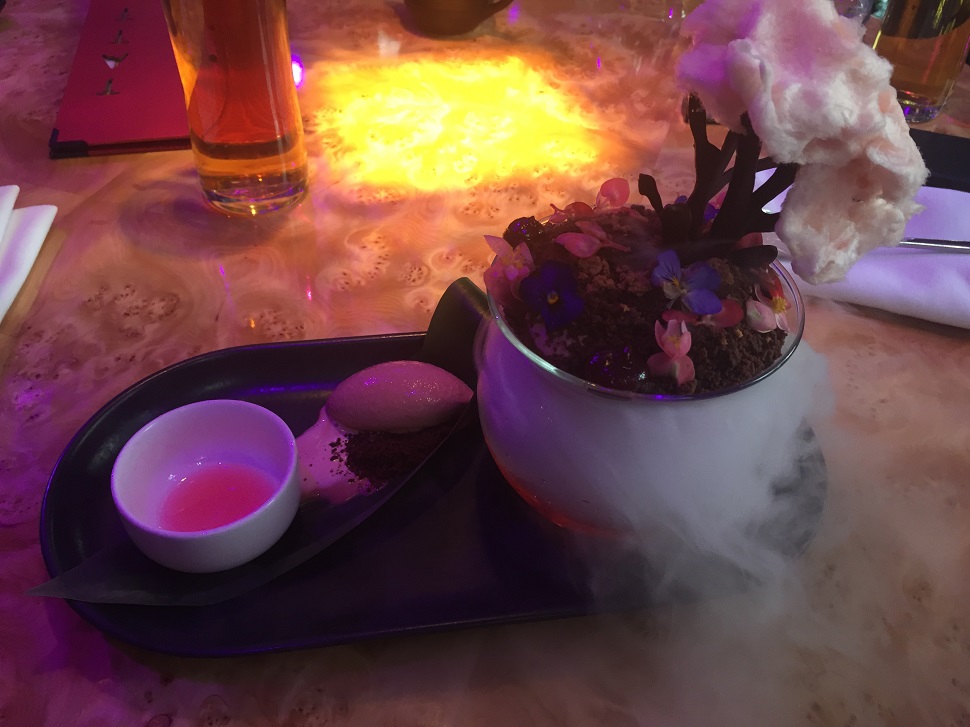 On reflection, you have the Man Behind The Curtain which stands on its own as fine dining in Leeds. Then there are the high end casual dining institutions, think places like Alchemist, Fazenda, Restaurant Bar & Grill.

Tattu is gunning for these, and based on my experience on Sunday, I don’t see a better Chinese in Leeds and dare I say it, a better restaurant experience all round?