I knew The Moody Cow was going to be good as soon as I rang up to make our reservation. A welcoming voice boomed down the phone, and it set the tone for our entire visit – we were met with the same, warm Yorkshire hospitality, which carried on through the afternoon.

Brilliant service, great food, and a friendly atmosphere – from start to finish, there was nothing moody about it. 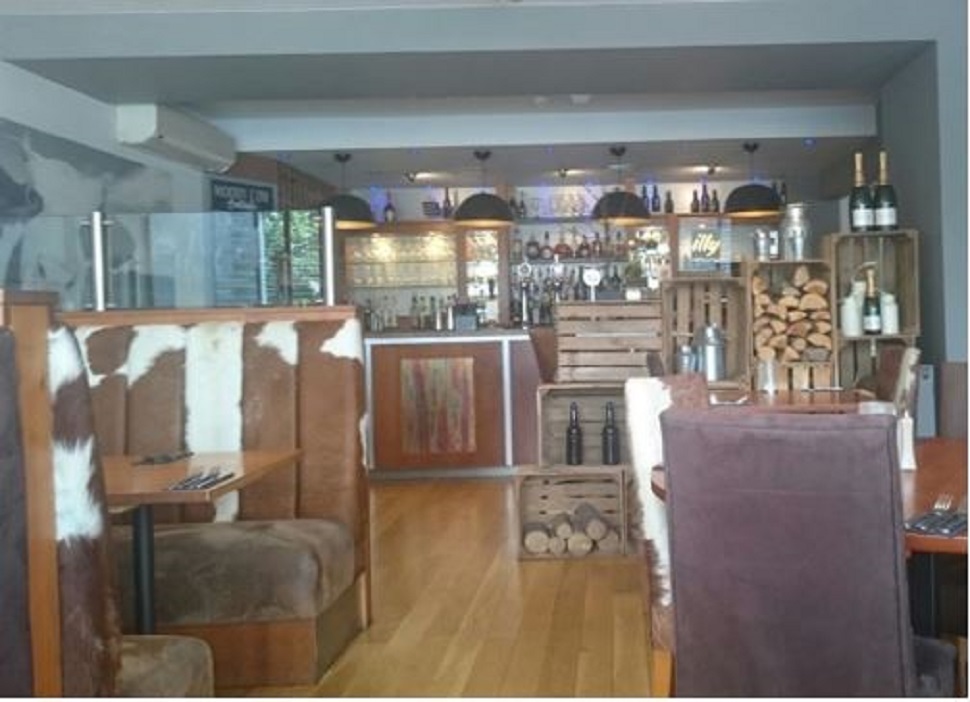 Even the torrential rain that fell on Ilkley high street felt atmospheric rather than disheartening as we enjoyed the view from our window seat.

Describing itself as a ‘steakhouse bar and grill’, The Moody Cow’s décor has an American-rancher vibe, polished off by an upmarket British touch. Wood, leather, and the odd hint of cowhide are featured across the tables and booths, creating a cosy and rustic feel.

We stopped by at lunchtime and enjoyed the quiet, laidback vibe, but the layout is generous enough that I imagine even the busiest periods feel equally as relaxed. The team members were attentive yet casual, and service was flawless.

The Moody Cow’s atmosphere may be down-to-earth, but its food is out-of-this-world. Set smack in the middle of the North Yorkshire countryside, it makes the most of its location by sourcing fresh, local ingredients. The Ilkley branch’s offering differs slightly from what’s served up at their Apperly Bridge location, which adds to the restaurant’s authentic, independent feel.

The lunchtime set menu offers two courses for £10 or three for £12.95, which is great value, especially once you’ve seen the size of the portions. That’s where we started, opting for chargrilled chilli wings and cauliflower fritters to kick things off. 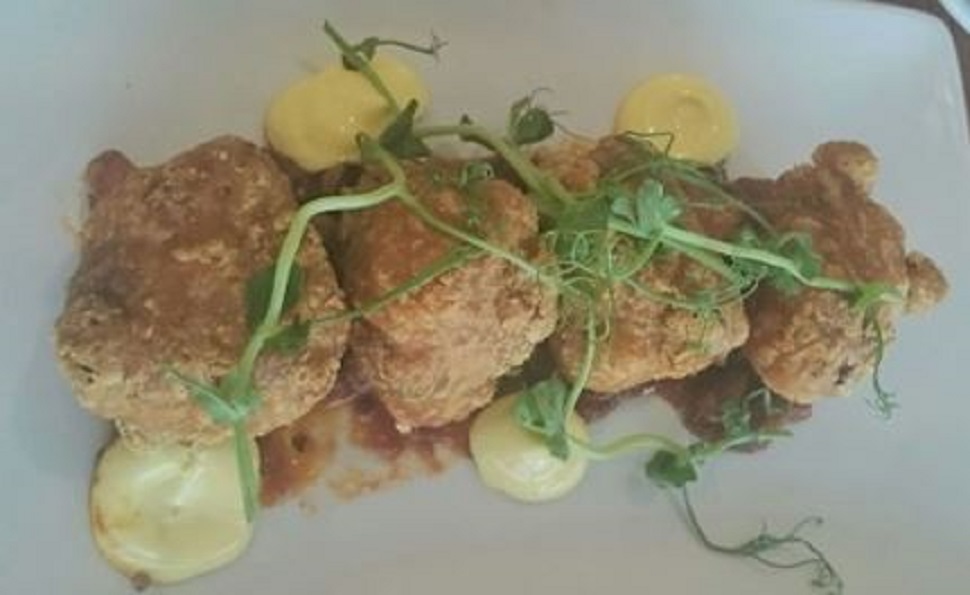 The cauliflower fritters were coated in a light, golden batter and managed to be both crunch and tender in a way that put all other vegetables to shame. They would have easily been heavenly on their own, but the bed of sweet tomato chutney, spiced nuts, and pickles they were served upon was so good that I could have enjoyed it with a spoon (if my companion hadn’t warned me I might look a bit odd). 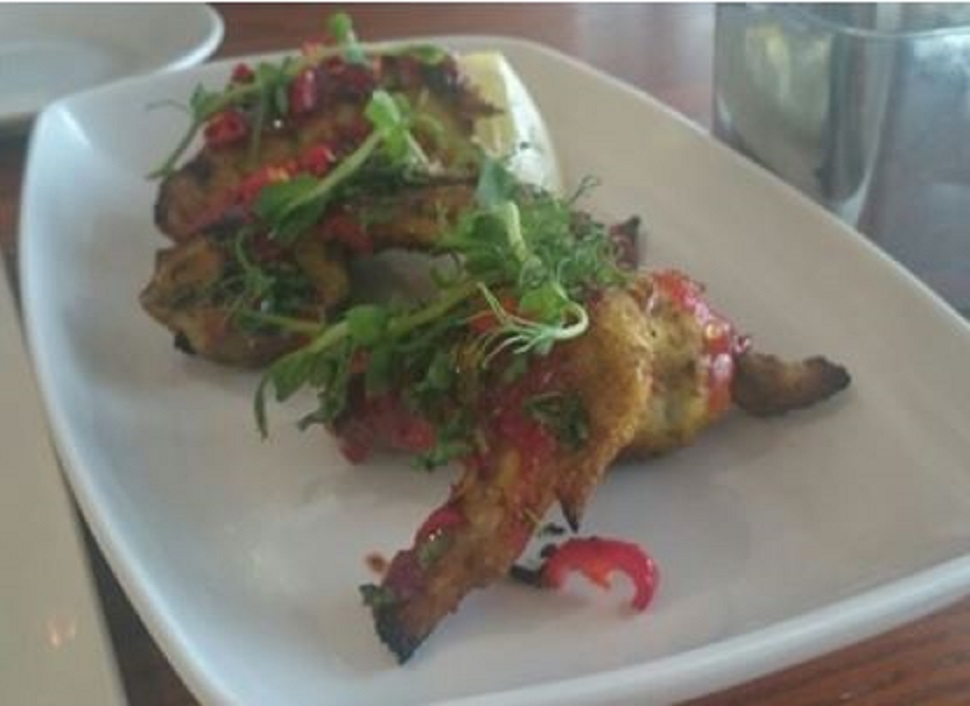 As a serial klutz, I usually steer clear of wings, but this time I was glad I didn’t. Fresh chilli and chilli jam gave the chicken a playful, spicy-yet-sweet taste, finished off with a smoky edge thanks to the chargrilled effect. They were undoubtedly messy, but we were kindly supplied with a stack of Moody Cow-branded wet wipes prior to tucking in. I used 3.

My cohort stuck to the set lunch offering and chose fish masala, but I found myself straying over to the main menu after seeing one of the foodie buzz-phrases that gets me every time: buttermilk chicken. But to buttermilk strip or to buttermilk burger – that was the question. I opted for the latter and it was one of the best decisions I’ve made all week. 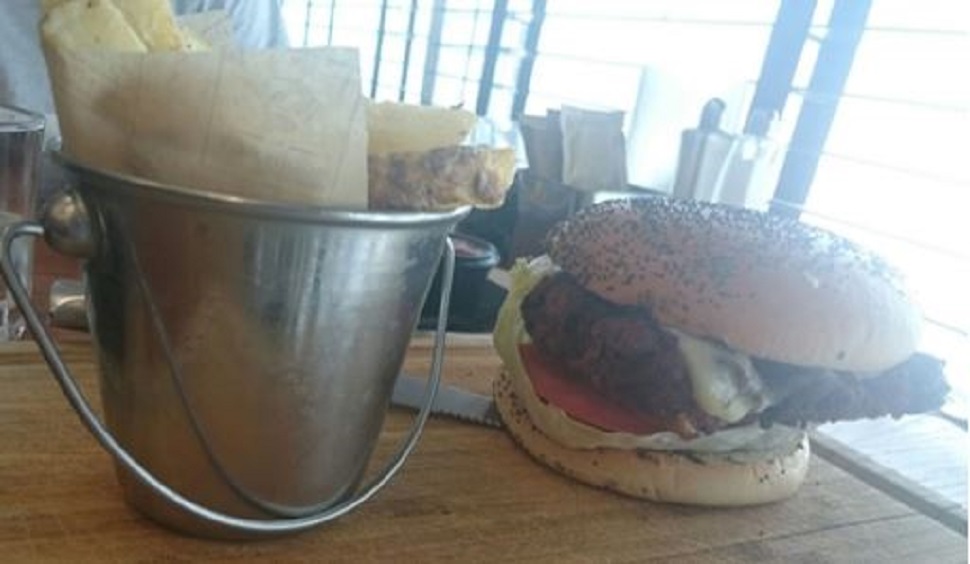 At some establishments, chicken burgers are a bit of an afterthought. But I was pleasantly surprised to find that, at a place ‘cow’ is such a priority it’s in the restaurant’s name, there was nothing secondary about the chicken.

A thick, meaty chicken fillet, so perfectly fried I nearly developed a southern drawl, struggled to fit in the grilled brioche bun. Melted cheddar, salad, and pickles were layered generously on top, amounting to a hearty bite every time. I opted for skin-on fries, which were a flawlessly salty companion – unsurprisingly, a place like The Moody Cow has the chips perfected.

Though mostly preoccupied with my burger, I managed to gauge that my table-mate was equally as smitten with his fish masala. I asserted my right to try a bite, and was taken a world away from my Yorkshire-Americana dish, proving The Moody Cow has mastered a spectrum of different flavours. 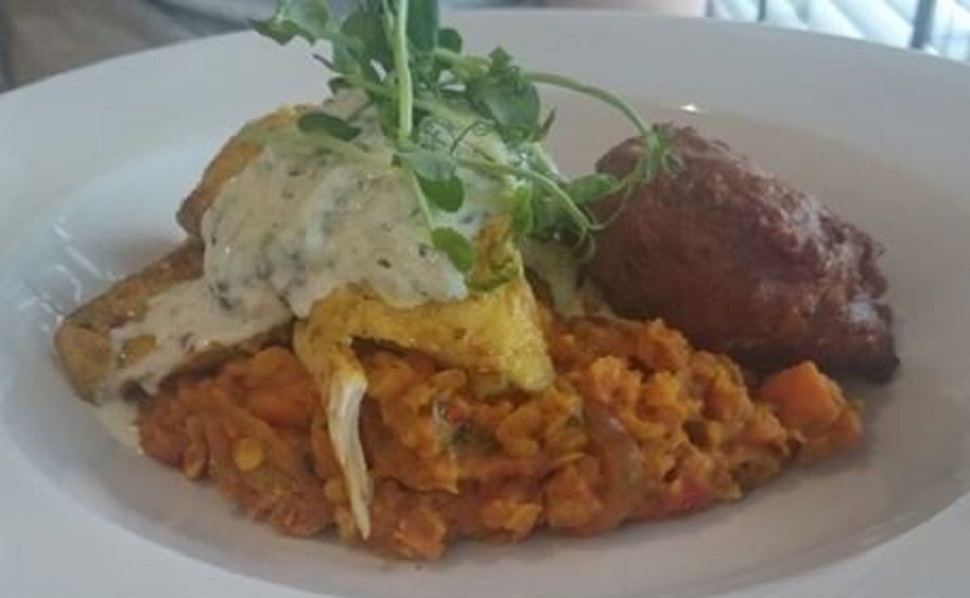 The haddock, which was marinated in Indian spices, flaked easily into the lentil dahl, coming together as a vibrant combination. I can’t comment on the onion bahji because my associate polished it off before I could steal a taste (which is probably a testament to its deliciousness).

The Moody Cow is the sort of place you really look forward to going to. With quality ingredients and generous portions, everything we ordered was great value for money, and I’m convinced you’ll find the same across all tiers of the menu.

Our meals were unique and genuinely tasty – the kind of food you won’t find just anywhere, and therefore entirely worthy of Ilkley’s boutique character. And the authenticity extended beyond what was on our plates: the atmosphere is friendly, comfortable, and charmingly rural, showing off everything I love about Yorkshire.

While I’d recommend making the journey to enjoy the Ilkley vibe, the website hints a third branch may be in the cards. Leeds, we’ve got our fingers crossed for you.